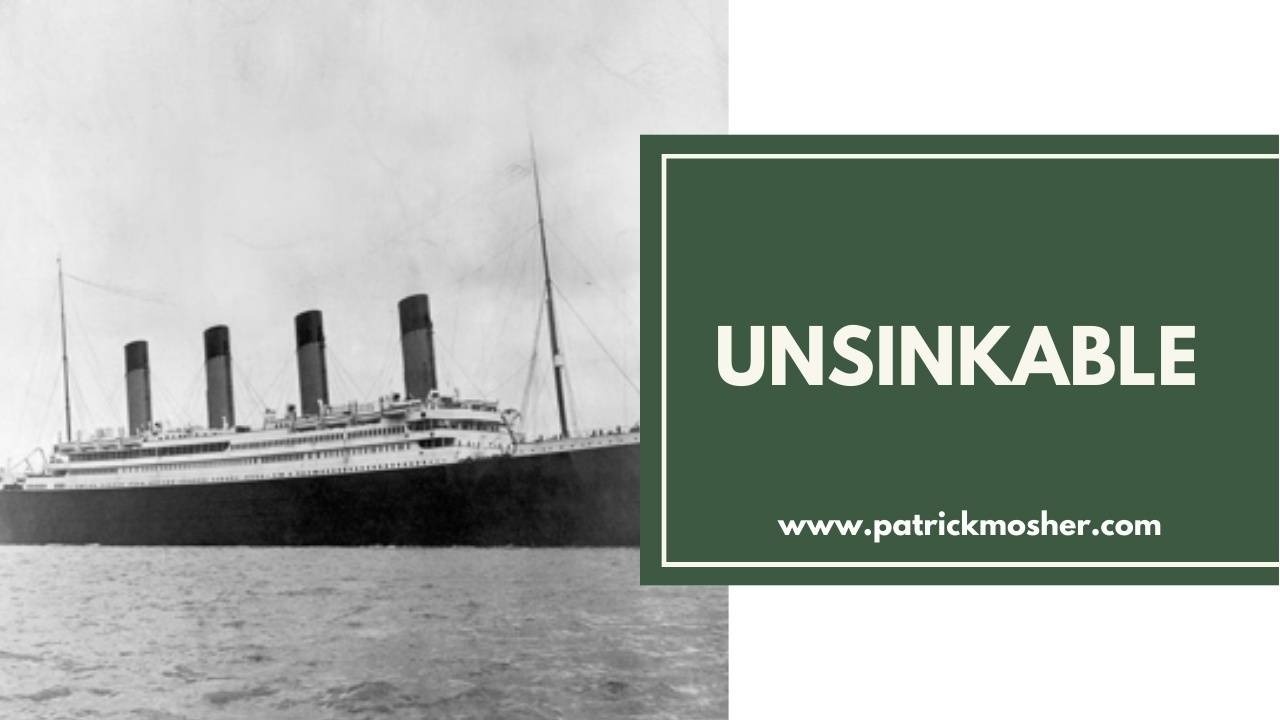 9 AM in New York City.  Standing in front of the large conference room with 24 executives.  Leaders of their 4 respective companies.  New York, LA, London and Singapore.

Confident of my facilitation skills we dove in.

By Noon, I felt beat up.  Exhausted.  Grossly unprepared.

My supervisor said he would take over facilitating the meeting for the afternoon.

The week before the meeting, my supervisor and my team kept asking with worried tones, 'Are we ready?'

I let my world class facilitation skills block my view of what we needed to succeed.

Have you ever gotten so good at something, you slip into going through the motions?

Most times this works.  We get used to success.  We prepare less.  And the fuse is lit.  It's only a matter of time.

Our strength turns into a ticking bomb, our biggest blindspot.

What is your core strength?  That one characteristic customers, collaborators and supervisors give you consistent A+ grades.

Pay close attention to that core strength.  Care for it like a precious tool in your workshop.  Oil it after each use before putting it away.

Before the Titanic set sail for its historic journey across the sea, the Captain was quoted as saying,

" I cannot conceive of any vital disaster happening to this vessel.  Modern shipbuilding has gone beyond that."

Captain Smith was a seasoned sailor.  He knew shipbuilding.  He was extremely confident in the ship under his feet.  He made a reasonable assumption!  Shipbuilding HAD progressed in the prior two decades.  Titanic was designed by the best designers and best shipbuilders of the era.

Their assumption about the ship's strength was one of ten factors that led to the Titanic's disaster.

Assess your strengths as potential blind spots.  Comprehensively and continuously challenge your assumptions about success.

My wife once asked me about my favorite phase of a project.  I responded, "driving to the to the client on Day 1."  She responded, 'so it's all downhill from there?'

That got me thinking…

When I start a new project, I'm always HUGELY optimistic.  Contracting is complete.  We've nailed all the scope, budget and timing issues.  Now let's get the work done and cruise to our destination in world class style.

Then reality sets in.  It may not be Day 1, but it inevitably comes.  Something wasn't clearly articulated in the contract:  a deadline, a requirement, a responsibility.

Learned from hard knocks like that fateful meeting in New York, I developed a rule of thumb which serves me well as I engage any project.  I'm an extremely optimistic person so this may sound negative, but here my ongoing assumption:

Every project has a fatal flaw.  Find the fatal flaw before it finds me.

This rule keeps me vigilant as I continuously challenge assumptions of success.  I've turned it into a challenging game:  Find the Fatal Flaw.

On every project, I discovered fatal flaws before they became, well, fatal.  I wish I could say I always found them before they found me.  Unfortunately, not true.  Sometimes the fatal flaw found me first.  It was like getting a chunk of my leg bitten by a very mad dog.  Fortunately, the wounds were never fatal.

Whether I find that fatal flaw first or it finds me, bringing up a potential fatal flaw is NEVER fun or easy.  It may mean a reallocation of resources, an adjustment of budget or a sliding deadline.

Think about your most significant project and answer these 3 Questions to challenge your assumption of being 'Unsinkable.'

I shudder when I think about that fateful day in New York City.  Relieved of duties, I felt defeated.  I felt like I had not only damaged our credibility on this project, but potentially damaged the long-term relationship with the client and the possibility for future work.

I wondered if I would lose my job.

While waiting for the cab to go to the airport that evening, I felt like crawling into a hole.  Where could I go?

Jamaica.  That's it.  Instead of going home, I could just fly to Jamaica instead.  No one would miss me.

As the cab slowed down on 6th Avenue, I threw my bags into the backseat.

I looked up to see the cab driver wore a multi-colored Rastacap.  He had a broad smile on his face.

"To the airport, please."  On the ride, we talked about places to visit in his homeland of Jamaica.

The universe smiled on me that day and gave me a sliver of hope and a wisdom story to share.

No ship is Unsinkable.  By continuously assessing your assumptions about success, you can miss the icebergs that can sink your ship.

Find that fatal flaw before it finds you.

Cruise to your destination!